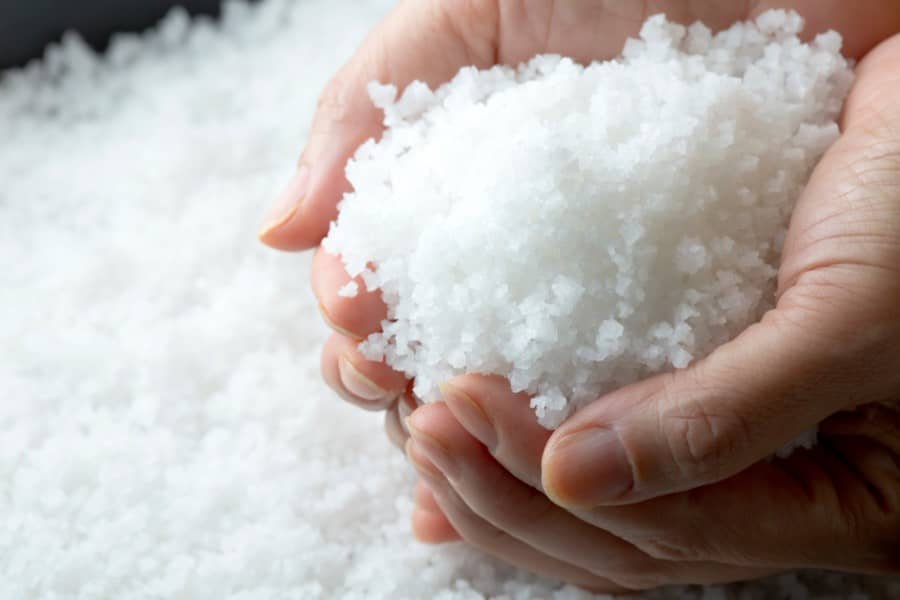 If you own a fish tank, you may already know the importance of Aquarium salt. It’s easily available in pet stores. However, what concerns most hobbyists is the price of Aquarium salt. You may find it pretty expensive, especially if you have many tanks or use salt often. So, here I’m going to introduce some of the best substitutes for Aquarium salt that will be equally beneficial for your fish.

Rock salt, Kosher salt, and Epsom salt are common alternatives used in the place of Aquarium salt. These salts are considered safe and pure, as they are made solely from sodium chloride and don’t contain any harmful additives. Some aquarists also prefer using plain non-iodized table salt, but still, many are doubtful about it.

Read the following article to save money on expensive aquarium salt. Many peoples are skeptical, or if put precisely, scared of using other salts for their aquarium. They believe it is harmful and may kill their fish. So without further ado, let’s get into it and break some of the mainstream myths about aquarium salt.

To put it straightforward: if you only care about knowing the substitutes for Aquarium salt, you can go for Rock salt, Kosher salt, or Epsom salt. These are 100% safe and don’t contain any chemicals that may put your aquatic creatures in danger. So, simply get the salt of your choice from the available options, and you will be good to go. 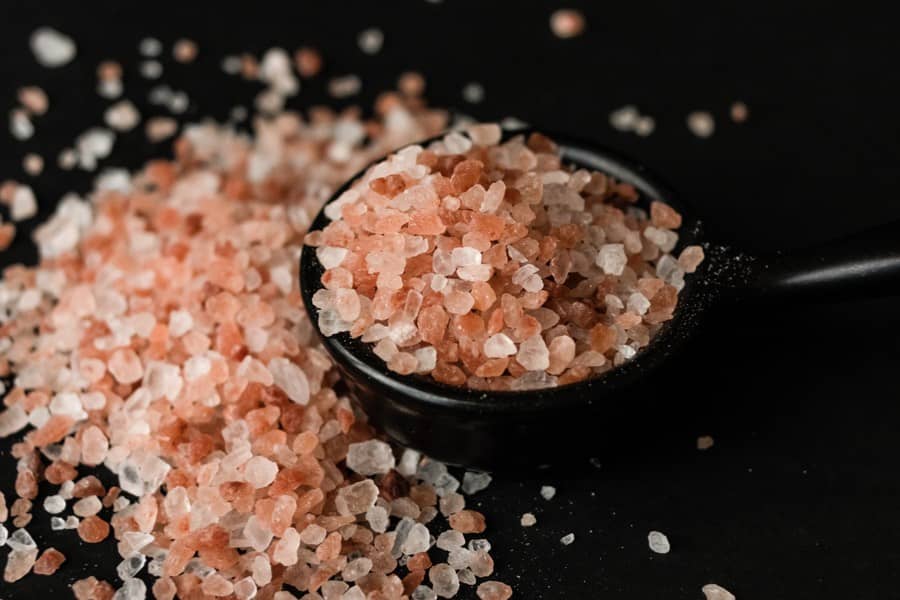 Now, if you are someone who wants to know the truth behind Aquarium salt and how you can potentially replace it with inexpensive table salt, here you go.

Commercially available Aquarium salt is nothing more than pure sodium chloride. It is quite the same as table salt. However, Aquarium salt doesn’t contain any chemicals, toxins, or binders, making it safe for the fish. 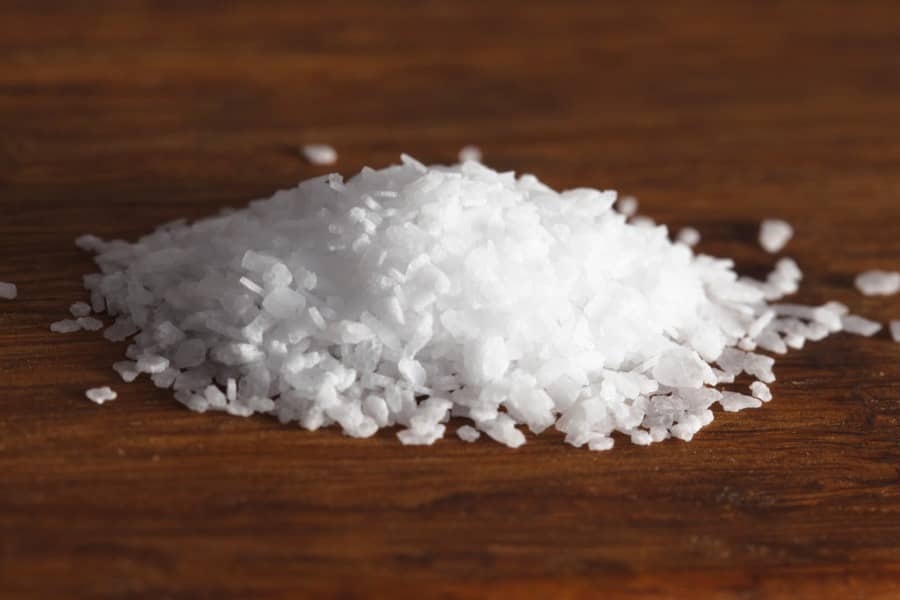 Regular table salt is mainly iodized. The amount of iodine or potassium iodide it contains is usually in small amounts. So, it’s unlikely to cause any harm to fish even if you had to put it into your tank.

Fishes require iodine and which they usually get from the food. But too much iodine can be detrimental to them, so to be on the safe side, we prefer using non-iodized salt. It’s readily available, so why not. 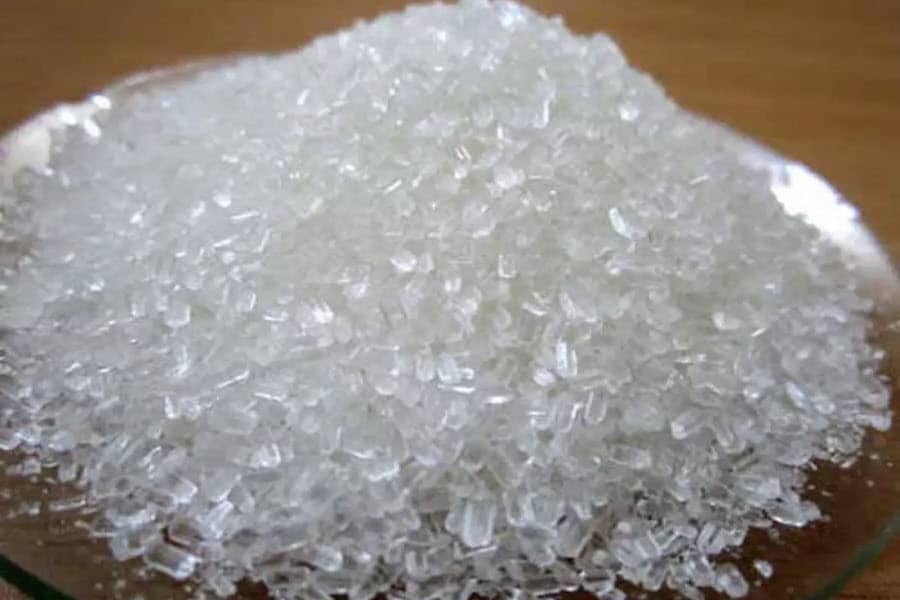 Tips to Save Money on Aquarium Salt

Stop wasting money on Aquarium salt. Instead, go for plain or non-iodized salt with no additives. It is made from pure sodium chloride with no iodine mixed, equivalent to aquarium salt.

To your surprise, there is a catch:

As we know, Kosher salt is considered safe and a reliable substitute to aquarium salt. However, if you do some research on its contents, you will know that it contains a common anti-caking agent called yellow prussiate of soda or sodium ferrocyanide. So how is it not harmful to the fish?

It is because sodium ferrocyanide is only available in trace amounts. It is so less to cause any harm to the aquatic creatures.

So, if you search and find a plain salt that says it contains yellow prussiate of soda or sodium ferrocyanide as an anti-caking agent, do not worry about it. You can rest assured that it’s only in small amounts and will not pose any issue.

The bottom line is: aquarium salt is the same as table salt with no additives. The only difference is it’s sold as “aquarium-grade salt” in fancy packaging and, therefore, costs more than regular table salt.

When Do You Need Salt in Your Aquarium?

It’s believed that, for freshwater aquariums, salt is as good as medication. And the truth is not far from it. You can use salt to prevent and treat a number of fish diseases.

Ich outbreak is one of the common problems many fishes face. Salt is undoubtedly an effective solution to Costia infestations, known as Ichthyobodo. Salt can also treat external parasites and bacterial infections in fish. It is effective in healing fish injuries, such as sores that they might have got fighting each other.

Introducing salt to your aquarium is one of the best remedies for reducing stress in fish. It could be stress from transportation or osmotic stress. Apart from that, salt can be used to improve fish’s gill function and promote the formation of slime coating.

Many aquarists prefer using salt for nitrite poisoning. However, in this case, performing water changes will be more beneficial than putting salt into the tank.

When to Avoid Salt

Knowing when to use salt in an aquarium is as important as when not to.

There are numerous species of fish and live plants that are highly sensitive to salt in the water. It’s advisable to research the species you have in your aquarium before putting any amount of salt into it. For example, scaleless fishes do not have scales, and as a result, they lack the added barrier. This makes them less tolerant of salt.

Before introducing salt to your fish, dissolve it in a separate container to prevent direct contact. Moreover, we suggest not using salt regularly. Only use it in short periods when it’s necessary.

How to Use Salt in Aquariums With Correct Dosage

If you want to get rid of the external parasites or bacteria off your fish, you can perform a salt dip treatment. It’s a short exposure to the high concentration saltwater that helps eliminate the parasites effectively. Here is what to do:

Take a clean bucket, put five to seven tablespoons of salt and add one gallon of water. This will allow you to obtain 3% salinity or salt solution. Now, swirl the bucket until the salt is completely dissolved. Ensure the water temperature is the same as the main tank to prevent any stress.

Take the fish out of the tank and put it into the salt solution. Leave the fish in the bucket for 30 seconds to 1 minute. While your fish gets the treatment, you watch them closely and see how they react. Are they calm or freaking out? If you observe any sign of distress, take the fish out and put it back into the main aquarium.

Salt bath treatment is mainly performed when there is infection and inflammation in fish gills. If not treated early, it often results in fish losing salts and overhydrating. A salt bath helps kill the bacteria and allows infected fish rapidly restore sodium and chloride ions to the blood.

For a salt bath treatment, we need salinity levels between 0.1 – 0.5% and not more than that. To achieve this salt concentration, add one to two teaspoons per gallon. You will have to maintain the tank for up to three weeks. You can do weekly water changes up to 25%, and this gradually dilutes the salinity off the water.

Q. Is aquarium salt and table salt the same?

Aquarium salt is pure sodium chloride with no additives included. Whereas table salts are treated with iodine and chemicals such as anti-caking agents.

Add one tablespoon of salt for every two gallons of water between 7 to 14 days. This is the lowest salt concentration you should start with, and if required, you can gradually increase it.

Depending on the severity of the Ich outbreak, it may take you two weeks or more to treat the problem.

Q. Can you use aquarium salt over regular table salt?

Yes, you can use non-iodized salt that has no anti-caking agent.

So that is it for this article. We hope you got what you were looking for.