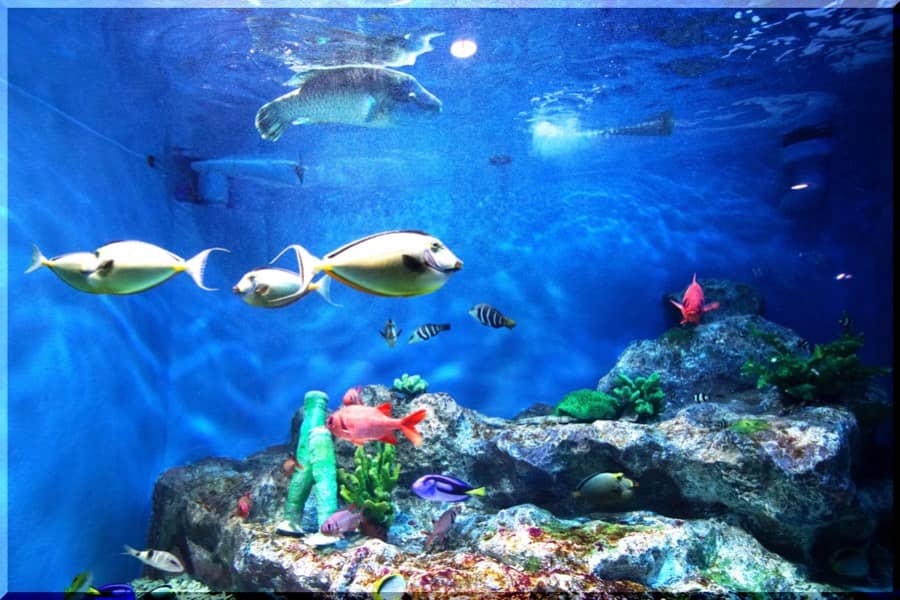 Blue light is used in aquariums as a night light. But does that mean you can leave it on throughout the night?

You shouldn’t leave blue light on unless it’s for nocturnal fish. It causes stress to the inhabitants and interrupts their sleeping patterns. In the long term, it may degrade your fish’s overall health. Fish need time to rest/sleep at night, but it’s not possible to do so when lights are on.

In the following article, we have covered the harmful effects that your fish might face when exposed to blue lights for a prolonged period. Keep reading if you want to know the role of blue light in your aquarium and how you can use it the right way.

The Truth About Blue Light

This may come as a surprise: the blue lights we use in our aquariums aren’t actual moonlight. They are actinic lights.

If the blue light LEDs were truly mimicking the moonlight spectrum, plants wouldn’t grow in it. As a matter of fact, moonlight doesn’t support photosynthesis; however, actinic lights do. The natural moonlight fishes do receive in the wild isn’t as blue and bright as the artificial blue lights we use in fish tanks.

However, it doesn’t mean blue lights are pointless. The best way to use it as moonlight is by applying the dimmest settings. To ensure the light is not bright enough to keep the fish awake at night, there is a method we have shared in the second-last section of this article.

Fish sleep in smaller chunks and have irregular sleeping patterns. However, most fish, except the nocturnal species, sleep at night because that’s when they feel safe from predators.

Fishes rely on the environment to inform them about the day-night cycle. When it’s dark in the tank, it signals to their brain that it’s nighttime.

If you leave your bright blue light on at night, it will keep your fish awake, thus interrupting their sleep cycles. When fishes are sleep-deprived, they become lethargic, lose orientation, and get aggressive.

Photoperiod is of great importance for fish as it directly influences their reproductive hormones. Some species prefer shorter light periods, whereas others may require a prolonged duration of light. However, to take a general idea, most fish don’t need more than 12 hours of light a day.

Being exposed to too much artificial light affects fish growth and development. In some cases, it may even delay the spawning process, cause lower fecundity, and smaller diameter eggs.

Many studies have been done on the effects of artificial light on fish eyesight. One recent study published on the harmful effects of the blue light spectrum shows retinal stress in the Goldfish.

Understandably, fish have a requirement for resting periods. They don’t have eyelids, but their eyes are supposed to get rest at night. It’s not limited to the light color, but mainly the intensities and duration that affect the fish’s eyesight most.

The Role of Blue Light In Aquariums 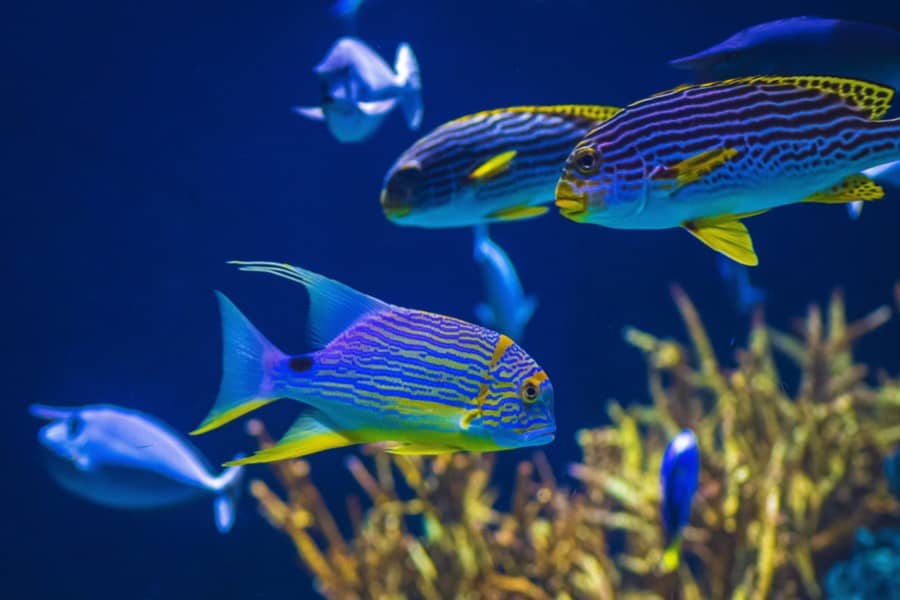 Originally, blue light wasn’t invented for aquariums. However, due to its soothing moonlight effect, it made popularized among aquarists. Now, it’s in every other tank. Today almost all aquarium-grade LEDs contain a moonlight mode.

The use of blue lights in aquariums is primarily for fish transitioning from day to night. It prevents the sudden shock that comes from turning off the daylight and causing complete darkness in the tank. When you turn on the blue light, it marks the nighttime and provides comfort to the fish.

Nocturnal species spend daylight hours resting and prowl at night. So when you are dealing with nocturnal fish, it benefits from having a blue light on at night. Being provided some illumination in the tank helps the fish in their nighttime activities.

Apart from red and green, the blue spectrum of light is used by plants for photosynthesis. It’s seen that plants grown under blue lights have compact growth. You will find leaves usually shorter, thicker, and of high contrast. If you are cultivating ornamental plants in your aquarium, using blue light will give optimal results.

One of the many reasons for using blue light includes personal preference. It enhances the aesthetic appeal of the aquarium and gives the observer’s eyes a soothing effect.

How To Use Blue Lights In Aquariums 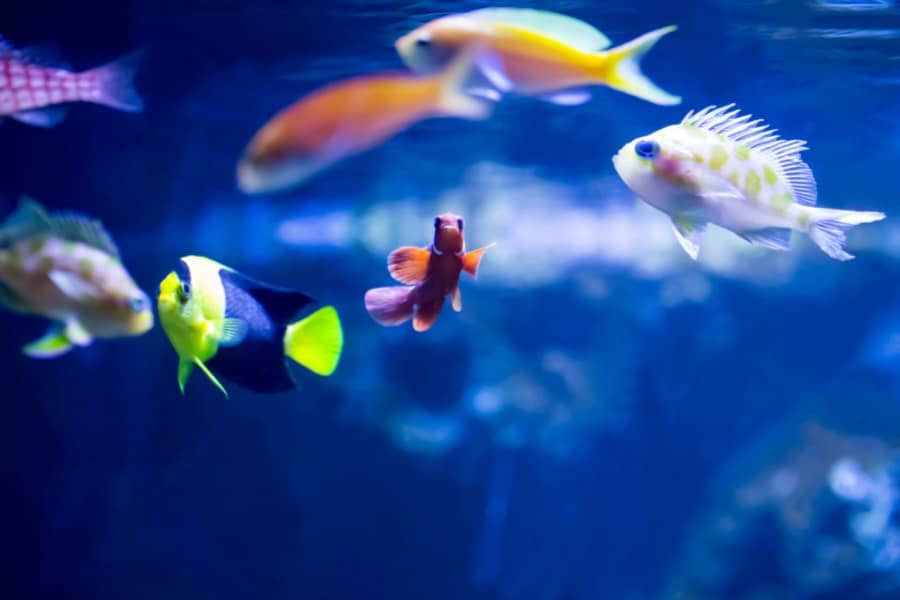 If you don’t want the negative effects, it’s crucial to use blue lights correctly.

Most Blue LED lights advertised as moonlight don’t produce the same spectrum as the moon. The light produced by these LEDs is too bright and blue that it can be stressful for fish if left on for the night.

The truth is your fish don’t care about the light color. It’s the light intensity that matters to them. Therefore, it is suggested to dim the light to the level where it only glows on the tank’s surface, and the rest of the aquarium appears to be quite dark. At this brightness level, it will not be stressful to the fish, and you can leave the light on without if you want.

There is a way to know if your blue light is too bright for the fish to keep them awake at night. Grab your smartphone, turn on the camera at auto settings, and point it to the aquarium. If you see the fish movement clearly on the screen, it probably means the light in the aquarium is bright enough to interrupt the fish’s sleep.

The use of artificial lights in fish tanks is to create natural lighting conditions. For example, the role of blue light is to mimic moonlight, so your fish gets a sense of nighttime. However, the problem with blue LEDs is that they are too bright.

You may not know this, but most popular LED lights aren’t capable of being dimmed 100% but barely go down to 20% or slightly more. So even if you dim it to the maximum, the light will remain bright, maybe not for your eyes, but certainly for the fish.

This is why it’s not recommended to leave the blue light on.