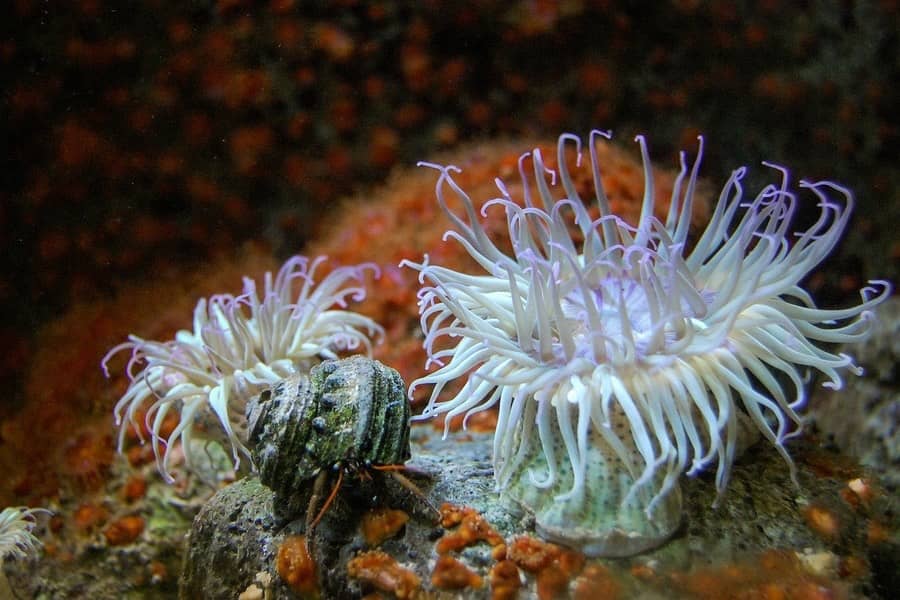 Closely related to jellyfish and coral, anemones are often called “the flowers of the sea” and remain one of the more eye-catching specimens in most aquariums. While beautiful to look at, they’re not exactly known as social butterflies, with most species being of a more solitary nature. Despite their generally introverted habits, is it possible to keep two anemones in one tank?

You can keep two anemones in one tank, but it requires a bit more preliminary research and vigilance. Attempts to cohabitate anemones are more likely to succeed when anemones are conspecific, kept in a larger aquarium, and with the aid of activated charcoal used for filtration.

In this article, we’ll discuss tips for introducing anemones to your aquarium and how to assess which species is right for your tank. We’ll also look at the potential hazards that come with adding another anemone into your tank and offer some tips to make the transition as smooth as possible.

Adding Anemones to Your Aquarium

If you are new to fishkeeping, a general rule is that an anemone shouldn’t be introduced until the aquarium has been established for at least six months. This gives the tank’s nitrogen cycle enough time to sort itself out, and it could stress the anemone more than necessary if they are introduced before this point.

The larger the tank, the easier it will be for the anemone to thrive, with a tank of at least 20 gallons (75.7 liters) being ideal. Anemones can greatly increase in size, and when this happens, they tend to sting everything in their grasp. Most anemone species also like to move around a fair bit, and their choice in positioning will be determined by a variety of factors, including access to light and water flow.

For best results, the anemone should still be introduced slowly and given time to acclimate to its new environment.

Which Species Is Right for Your Tank?

There are more than 1,000 species of sea anemones found to exist throughout the world’s oceans. Some of the more common species found in domestic aquariums are bubble-tip anemones (BTAs), long tentacle anemones (LTAs), sebae anemones, and varying types of carpet anemones.

Bubble-tip anemones are among the more popular species for home aquariums, particularly for beginners. They don’t increase greatly in size. They come in a variety of colors and are relatively hardy creatures that are generally easy to take care of.

Larger adult bubble-tips are more solitary and prefer darker spaces, while younger BTAs tend to nest in clusters closer to the water’s surface and sources of bright sunlight. BTAs are known to split fairly often, with a healthy anemone cloning itself once to twice a year. Given enough time, you’ll end up saving money on buying a new one.

Other species like carpet anemones are known to be more aggressive. In addition to not getting along with other anemones in the tank, they might end up preying upon your prized fish.

Things to Look for When Purchasing a Sea Anemone

When buying a new anemone to add to your aquarium, it’s a good idea to inspect the anemone beforehand to ensure that the sea creature is in a good, healthy condition before purchasing.

Here are a few things to look for when scoping out a potential new underwater addition: 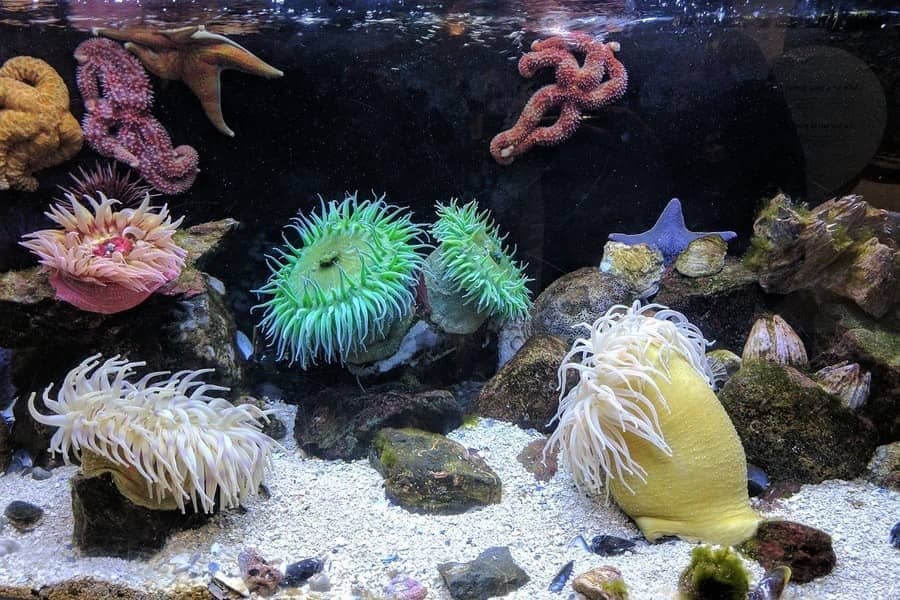 In general, sea anemones are very solitary creatures, and as such, introducing multiple anemones into an aquatic habitat can be a somewhat tricky endeavor. Some fishkeepers report little to no issues even among different sea anemone species, while some advise greatly against it.

It is common for sea anemones to sting each other if they get too close to one another. Many are also known to engage in discreet allelopathy, or chemical warfare, releasing toxins into the water to eliminate other creatures that they view as competition in their territory.

Sometimes they adapt to the others’ toxins, but it proves fatal to one or both over time more often than not. This toxic sparring can prove detrimental not only to the anemones involved in the squabble but also to other creatures sharing the habitat.

To avoid damage to your anemones and other inhabitants of the aquarium, here are a few things to keep in mind when considering adding anemones into your aquarium:

In addition to the above suggestions, many fishkeepers swear by their activated carbon filtration system in maintaining peace in a tank with multiple anemones. One of the more popular filtration methods out there, running carbon, is a heavily-debated method. Fishkeepers remain divided on the subject, with some swearing its effectiveness and others writing it off as nothing more than a placebo.

Activated carbon serves as a means of chemical filtration. According to Rate My Fish Tank, activated carbon helps clear away organic and inorganic materials dispersed throughout the tank’s water. Activated carbon is touted to aid in maintaining water clarity while also eliminating odors from the aquarium.

In addition to brightening and clarifying the tank’s water, running carbon is thought to be a key factor in successful cohabitation strategies for aquariums that host multiple anemones. It is held that running carbon mitigates the potency of the toxins exchanged when anemones engage in chemical warfare.

Many fishkeepers swear that this method is the secret to their thriving aquatic communities with multiple anemones of varying species.

Keep an Eye on Your Tank

Choosing conspecific anemones and providing a larger tank with running carbon will do some serious heavy-lifting to alleviate the effects of interspecific anemone drama. However, all of these factors still don’t guarantee that your anemones will thrive in your aquarium.

Although many fish keepers have had success in following these basic guidelines, every situation is different. You should closely monitor the anemones’ activity and have a back-up plan in case one of them might need to be relocated.

Sea anemones are a treasured part of most home aquariums. Their vibrant colors and unusual appearance is adding a lot to a fish tank’s visual allure.

When considering an anemone addition to your aquarium, it’s a good idea to do some research beforehand and wait at least six months before attempting to adapt them. If you’re interested in adding another anemone to your tank, choose one from the same species and ensure that they have enough space to thrive mutually. Activated carbon can aid in mitigating toxins released.
Reef2Reef: Keeping same or different species of anemones in the same tank