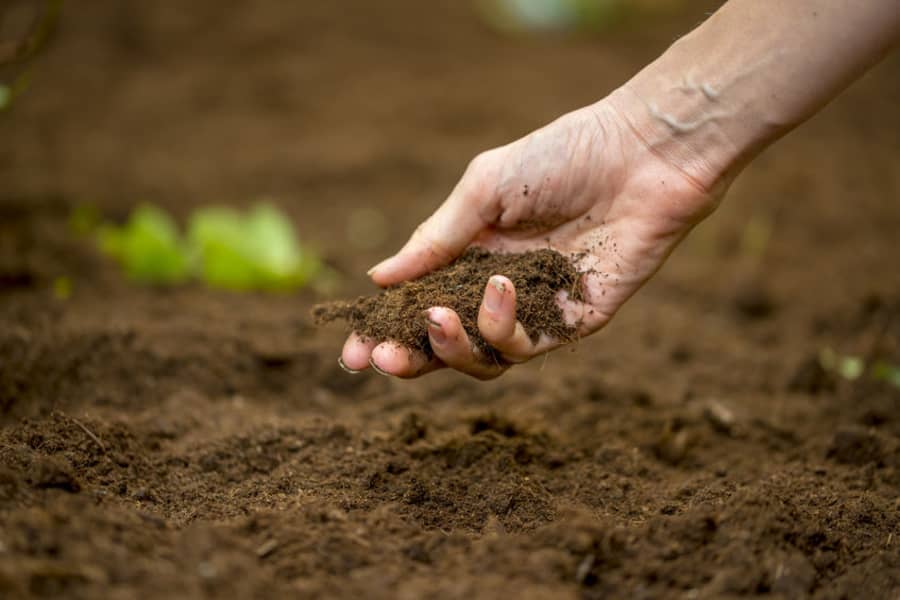 The first thing an aquarist needs to decide before even flooding the water into the aquarium is the type of substrate to put in. Given the title of this article, you may have already figured out the substrate you are going to use for your tank, which is the soil in this case.

Now, one of the many questions that bug peoples often, which also many of us are rather curious to know, is that if it’s possible to make use of normal soil for the planted aquariums. Well, that makes sense because why would you pay for something readily available to you for free by mother nature.

So can you use regular soil for aquariums? It’s not preferable to use the normal soil for your tank unless you know what is in there. The soil for the aqueous environment needs to be organic with no chemicals, pesticides, or critters in it and have the right amount of nutrients content.

However, it’s still not safe to use the regular soil straight off from the garden. Since it can harbor harmful pathogens and parasites, you will be needed to go through a certain process of making it usable for your aquarium. Don’t know how to do that? Do not worry; we have got your back.

First and foremost, we would like to tell you that there is nothing wrong with using regular soil for aquariums. The primary reason why it’s not recommended to use normal soil directly despite having its great success with aqua-scaping over the past years is:

Not all garden soils are created equal and therefore are different in quality and nutrients. Soil properties and its composition dictate how it’s going to behave when submerged, and this is why many times, it doesn’t perform well with aquatic planting and inhabitants.

In short, if your backyard soil works great for your terrestrial plants doesn’t necessarily mean it’s going to work the same way for aquatic life because these plants absorb nutrients differently.

Moreover, regular soil is prone to cause persistent and imbalanced algae issues if there is a release of excess nitrates and wrong nutrients in the water. The ammonia spike may also result in the death of the fishes, so be cautious if you are DIYing a soil substrate.

Now when it comes to the aquarium soil substrate, you can feel free to make use of it without having to worry about its reliableness. Aquarium soils, as the name implies, are pretty safe for your planted tanks and is specifically formulated to promote the growth of aquatic inhabitants.

Soil collected from the garden or nearby woods (considering it’s free from insecticides and herbicides) is not much different from the regular aquarium soil, but store-bought soil reduces the risk of you messing up with your newly setup planted tank and provides the necessary nutrients that are beneficial for the aqueous environment.

So if you are a new hobbyist, we would recommend you to stick with store-bought soil substrates to play it safe. Or maybe you can experiment with garden soil later with a smaller tank when you have got some in-hand expertise.

How to Make Regular Soil Usable for Aquariums

NOTE: Even though the soil is the most nutrient-rich substrates for aquatic plants, over time, it also gets depleted of nutrients and may require replenishing and remineralizing. So to reintroduce nutrients to the soil, you will have to use root tabs or can do it more traditionally by pulling out the plants to let the soil gets into contact with the fish waste since the waste works as a rich fertilizer for aquaponics tanks. Either way, you will have to deal with the murky water so be prepared for that as you use soil substrate.

Now, if you have already decided to give garden soil a shot and go with the cost-effective method, let’s get into the detailed method of how you should prepare the soil to safely use it for your planted tank. If you are just starting out, make sure to start small, so even if you mess up in the beginning, there would be not much mess to deal with.

Head over to your garden, and dig out some soil. Now how much you’ll require would depend on the measurements of your aquarium and the desired layer thickness – for this, you’ll have to do some serious research and calculations.

Refrain collecting the soil from any unfamiliar places where you suspect having sprayed for chemicals and other nasty fertilizers; if possible, pay a few dollars and get the organic soil from any garden center or local nursery and play it safe.

You will require to sift the soil with a strainer to remove the large wood chips, twigs, or stones. Sifting helps cleaning the soil and also improves the texture of it.

The next step would be to bake the sifted soil at 200°F for 20 minutes to get rid of unseen seeds and bugs and other microorganisms such as bacteria and fungus.

That’s all. Now the soil is ready to be patted onto the bottom. Next, to prevent a muddy mess when you are using garden soil as a substrate, it’s mandatory to cap the soil under a layer of heavy gravel or sand so that the dirt doesn’t float, which could make the water cloudy it not done properly. This particular methodology is known as the El natural or the Walstad style tanks.

Unfortunately, there is a drawback of using garden soil that limits you from moving the plants once they got rooted into the soil because if you try to do so, you will end up stirring up the substrate layers.

Many plant aquarists also suggest that you should soak the soil in water for 1-2 days and then dry it off before you put it into the tank and then lastly cap it up with regular aquarium gravel to guard the soil against any disturbance.

Make sure that you don’t disturb the capped layer while filling up the tank with water because if the substrate layer gets stir, it will make the water cloudy, and that will take more hours to settle down.

If you see any debris floating on the surface, skim it off. You might also require to drain and flood the tank a few times or until the murkiness of the water fades away. Well, it’s up to you to empty and fill the tank as many times as necessary to have a clean and visible environment.

Don’t add fish until the tank stabilizes, which can take anywhere between 1 month or more. Since garden soil is susceptible to have an excess release of nutrients and ammonium (NH4) in the water for the first week, frequent water changes will reduce its probability.

As a precautionary measure, don’t forget to check the pH level of your tank after cycling because it’s crucial that you only inhabit fish according to their species sensitivity towards acidic or alkaline nature.

Lastly, if you are going with dirted tanks, keep in mind that they require more care and maintenance compared to other aquarium substrates.