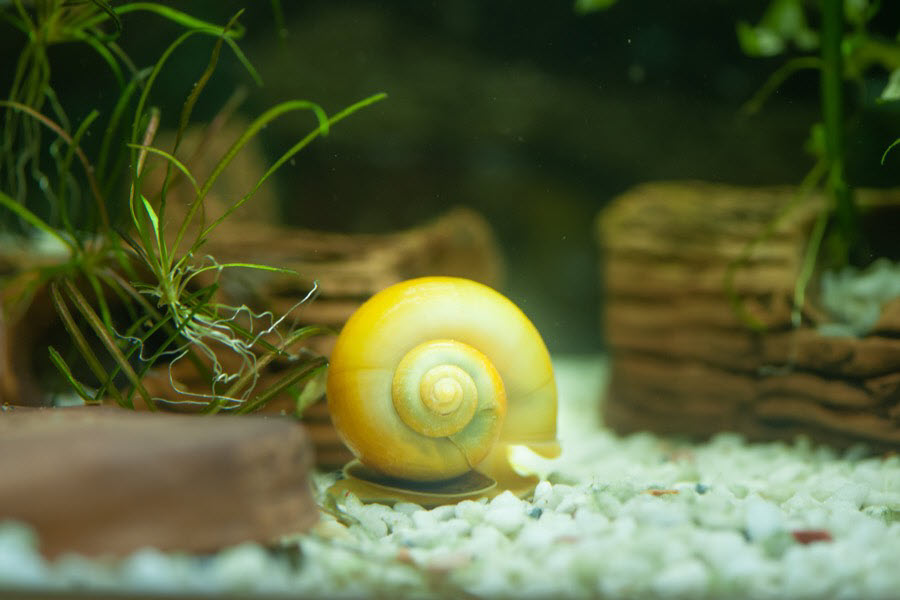 The stunning-looking colorful mystery snails belong to the South American species of freshwater snail. These slow-moving and peaceful herbivores are low-maintenance and easy to keep. However, what largely concerns hobbyists is these little aquatic pets going dormant and showing no physical activities for a prolonged time. This particular behavior has left many hobbyists wondering if mystery snails hibernate in aquariums.

Well, the truth is mystery snails do not hibernate in an aquarium. As long as the temperature in the tank remains constant and there is enough food available, it is unlikely for the snails to go into hibernation.

Now, you may ask, if this is the case with mystery snails, then why do they become inactive and remain like that for weeks. And how to know if they are sleeping or dead? The following article contains answers to all these questions that most hobbyists dealing with mystery snails generally have. If you have made it till here, this guide is probably for you.

Do Mystery Snails Hibernate In Aquariums?

The answer is NO. Mystery snails do not hibernate in aquariums.

You might have generally heard that snails go into hibernation during seasonal changes. However, you can see, it’s certainly not the case with mystery snails. Is it because they are freshwater species?

What mainly triggers animals to go into hibernation is the scarcity of food. During the winter months, when there is a shortage of food supply, animals who practice hibernation simply go into that mode to save energy and survive. To put it simply, hibernation is nothing but a survival mechanism.

Now, when you put mystery snails in an aquarium that has enough food and stable temperature, they don’t need to hibernate. The ideal conditions that provoke physiological inactivity called hibernation are unavailable in home aquariums.

So now you know it is not about the particular species of the snails, but the surrounding conditions they are being kept to live.

Why Your Mystery Snail Is Not Moving In Aquarium? 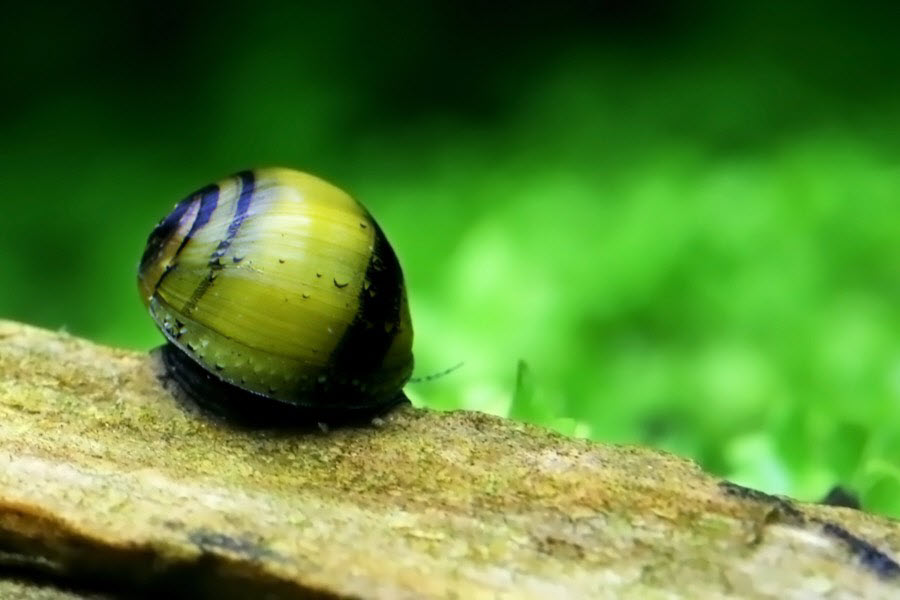 If your snail isn’t showing any physical responsiveness, there could be a number of reasons for such behavior. Mainly, snails will shut themselves off into their shell when they are bothered by something in the tank.

Below, we have gathered some of the primary causes of a snail going dormant:

It does not always have to be something complicated. Your mystery snail could be sleeping.

According to various studies, snails can sleep on and off in between periods of 13 to 15 hours. There is absolutely nothing to worry about unless it has been many days and the snail is still lying at the same place.

It’s pretty common for snails to shrink up in their shells and not show any movement when sick.

Usually, snails are sensitive beings, be it any species. If the water conditions aren’t favorable, they will retreat to their shells and become inactive.

The important water parameters that you must look out for mystery snails are temperature, pH levels, and water hardness. Moreover, watch out for copper levels if you use tap water for your tank because snails are susceptible to it.

If you are wondering what the ideal water conditions for mystery snails look like, here are the parameters to follow:

The thing with mystery snails is that they are non-aggressive and docile by nature. They are peace-loving and therefore less likely to thrive among aggressive tank mates and avoid all encounters with them. Sometimes, mystery snails do not even compete well for food.

Although there is no concrete evidence for it, many experts say snails do better in aquariums with low activity levels.

If your mystery snail is hiding in its shell, that might be due to suspected danger. This is simply a behavioral pattern common with snails to protect themselves from predators.

As we know, aquarium conditions are unlikely to induce hibernation in snails. However, if there is a sudden drop in temperature, snails may enter torpor, a shorter hibernation.

In some instances, if hibernation is already triggered before you bring the snails home, they will restrain all movements. This is why it is crucial to temperature acclimate snails when introducing them to a new environment. Otherwise, it may cause them stress that can lead to fatal issues.

How to Tell If Your Mystery Snail is Sleeping or Dead? 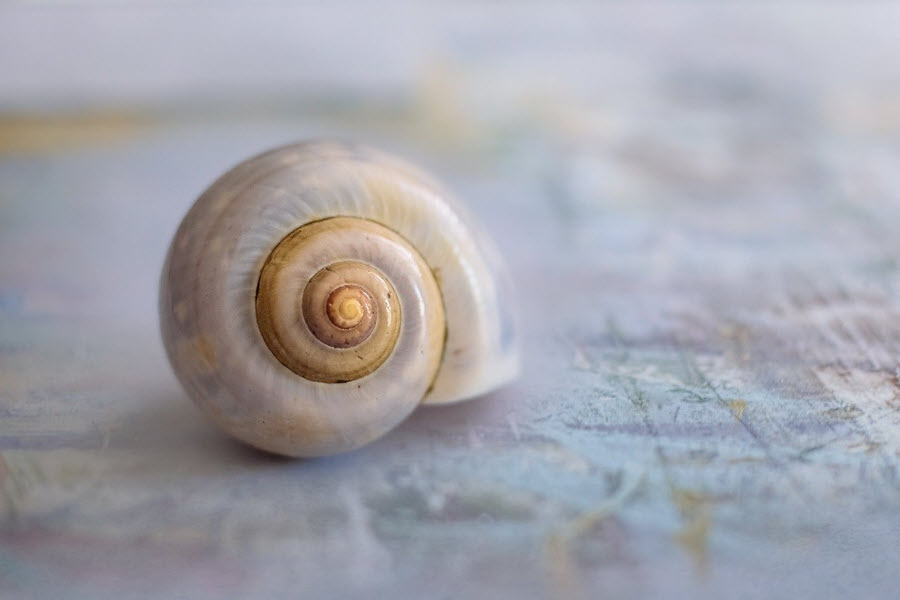 Mystery snails have a tendency to become inactive and remain like that for days or weeks before they come back to normal behavior. They will sit at the corners with no movement and appear to be dead.

But not all the time, it’s just an act, and the snail might actually be dead. You must get the dead out of the tank before it can spread disease. So what’s the way to differentiate between a sleeping/hibernating snail vs. dead?

Like other aquatic creatures, snails also decompose rapidly once they are dead. The best way to identify a dead mystery snail, or any snail for that matter, is by smelling it. Take the snail out of the water you suspect to be dead and smell the foot area. It’s the small, flat portion right below the snail’s body that is used as a “door” to the shell. If it has a pungent, rotting stink, that probably means the snail is dead.

Try to gently pull the foot towards you. If your snail reacts and retracts its foot back inside its shell, it means he is not dead yet, just not in a mood to move.

Another way to identify a dead snail is by examining its trapdoor. A snail with an open trapdoor is most likely dead. If you find it’s shut off, try pulling at it. If the snail is alive, you will feel some resistance. Last but not least, you can tell a snail is dead if you can’t find its body inside the shell.

Q. How long can mystery snails go without food?

Scientific studies show most snails can go without eating for weeks and up to a couple of months. There is no data available, particularly for mystery snails. But you don’t have to worry about your snail not eating because it’s a common practice for them.

Q. How to bring my mystery snail back from hibernation?

Apart from making sure the water parameters are safe, and there is no hostile situation in the tank, nothing can be done. Maybe, your mystery snail is feeling sick. You can wait for the snail to get back to normal.

Q. What is the life span of mystery snails?

Mystery snails, on average, live up to 1 to 2 years. With proper care and nutrition, they might live longer.

Mystery snails indeed have a tendency to go into phases of inactivity, but it’s not hibernation necessarily. We have shared a number of reasons why snails might show such behavior. However, there could be more than that.

So that was pretty much it. We hope this article helped you gain a better understanding of mystery snails and the period of dormancy they go through the time and again.